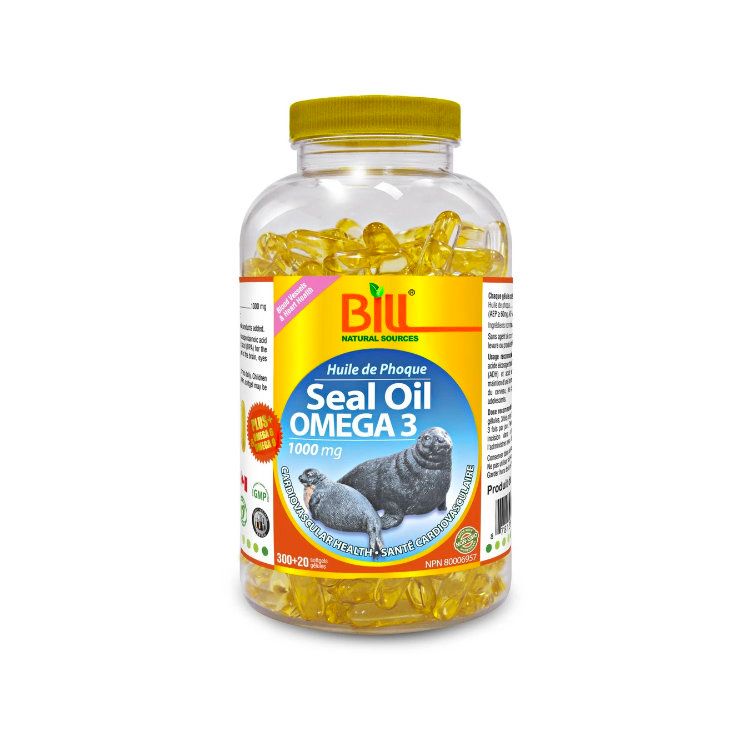 Sorry, this item is out of stock

‍‍Omega-3 fatty acids are essential components that the human body cannot produce, and hence must be supplemented naturally. Seal oil is an excellent source of various Omega-3 essential fatty acids including Eicosapentaenoic Acid (EPA), Docosahexaenoic Acid (DHA), Docosapentaenoic Acid (DPA) and plays an important role in the development of the brain, eyes, and nervous system for children. EPA is a polyunsaturated fatty acid that is generally associated with lowering inflammation. DHA is a structural component of the brain, cerebral cortex, skin and retina. It is the most abundant omega-3 fatty acid in the brain and retina and plays a key role in the development of eye and nerve tissues. DPA is structurally similar to EPA and DHA and is associated with diverse nutritional and biological functions in the body. Seal oil is particularly rich in DPA compared to other marine oils.‍‍

‍‍Adults who wish to benefit from a higher amount of Omega-3 should try Bill Natural Sources® Omega-3 Seal Oil 1000mg Softgels. The dosage regimen for adults ensures you get 6000mg of seal oil daily with 360 mg of EPA, 480 mg of DHA and 180 mg of DPA.‍‍

This product is not intended to diagnose, treat, cure, or prevent any disease.

Store in a cool, dry place, away from direct sunlight.

You should not use the information or services on this Site to diagnose or treat any health issues or for prescription of any medication or other treatment.

Register your email address below to receive an email as soon as this becomes available again.